About CHIA » In the News » For Mass. pharmacies, the largest amount of drug spending came from anti-inflammatory medicine, study suggests 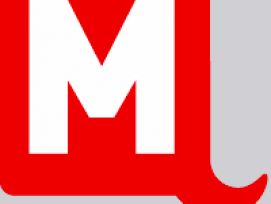 Thursday, February 13, 2020 via MassLive Media -  The majority of prescription drug spending for pharmacies between 2015 and 2017 went to medications treating inflammatory disorders, cardiovascular illnesses, asthma and other conditions, according to a study released Thursday by the Center for Health Information and Analysis.

The study, which analyzed a subset of commercial pharmacy claims from the agency’s All Payer Claims Database, suggests that the largest proportion of spending came from anti-inflammatory immunosuppressive drugs, which are commonly used to treat Crohn’s disease or rheumatoid arthritis. Those medications cost thousands of dollars per prescription.

Altogether, the study identifies 10 drug classes that account for more than 70 percent of pharmacy expenditures, according to the sample data CHIA analyzed.

Based on the sample size CHIA analyzed, insurers consistently paid at least 98% of the cost. Patients paid under 2%, though the price for patients rose from $56 out-of-pocket in 2015 to $81 in 2017.

In the sample size CHIA analyzed, pharmacies submitted at least 60,895 claims for Humira Pen between 2015 and 2017. Altogether, these claims amounted to $275.2 million in bills for insurers. Patients were billed collectively $4.1 million out-of-pocket. The total figures are likely much higher as the data analyzed by CHIA cover just a subset of the claims.

Remicade, which treats ulcerative colitis, psoriatic arthritis and other inflammatory conditions, cost $5,237 in 2015 and $6,338 in 2017, according to the CHIA study.

Other drugs analyzed by CHIA that drove pharmacy drug costs included a larger share of out-of-pocket expenses for the patient, but cost much less.

The report focused on drugs that drove pharmacy spending, rather than the impact on patients. CHIA's annual report in October noted that health care costs in Massachusetts rose to $60.9 billion in 2018 and that out-of-pocket costs and premiums for consumers increased at twice the rate of inflation and wages.