Report: Massachusetts spent $59B on health care in 2016 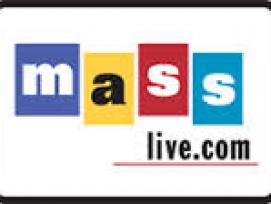 BOSTON - Increased health care expenditures in Massachusetts fell within a  targeted goal tied to the state's economic growth, according to a recently released report.

The Massachusetts Health Policy Commission's most recent cost trends report includes a range of recommendations for further cost savings, ranging from delivery of care, how it is paid for and who is allowed to provide it.

In 2016, total health care expenditures in the commonwealth grew 2.8 percent per capita, as an analysis from the state's Center for Health Information and Analysis estimated in the fall. This is within the 3.6 percent health care cost growth benchmark set by the state through 2017.

"The persistent affordability concerns for individuals, families, businesses, and government remain our biggest concern. While health care spending overall in Massachusetts was below the 3.6 percent benchmark and national trends, continued challenges, including high hospital outpatient spending and avoidable hospital use, remain," said Stuart H. Altman, who chairs the commission and is a health economist at Brandeis University, in a release.

"The recommendations we make in the report - especially around enhancing transparency of pharmaceutical price growth, protecting consumers from outrageous out-of-network bills, and emphasizing the importance of social determinants of health - are critical to curbing this trend and ensuring the system works for everybody."

Massachusetts was within the benchmark in 2013 with a growth of 2.3 percent, but exceeded the benchmark in both 2014 and 2015 with growth of 4.1 percent and 4.2 percent, respectively, according to the cost trend reports the commission issues annually.

A state law was enacted in 2012 to establish a benchmark on health care cost growth to keep increases aligned with the state's projected economic growth. At the time, the state's per person spending on health care was found to be among the highest in the country.

Separate from the report, the commission outlined additional cost-savings "targets" that it said, if met, would save $4.7 billion over five years.

The Center for Health Information and Analysis as well as the state health policy commission were established the same year to track health care data and issue actual annual cost reports against the initial benchmark that projected economic growth at 3.6 percent.

The two work in tandem, and the commission this year created new committees to better address areas of focus.

Total health care expenditures in the state includes all medical expenses paid to providers by private and public payers, including Medicare and Medicaid (MassHealth); all patient cost-sharing amounts, such as deductibles and co-payments, and the net cost for providers of private insurance.

The recent report shows that over the last four years, state spending on health care grew at an average of 3.55 percent annually.

Highlights, including recommendations, from the 2017 Cost Trends Reports include:

Separately, the commission released figures based on achieving seven recommendations in the report highlighted below: