About CHIA » In the News » MassHealth Enrollment Up, Private Insurance Down In Pandemic

MassHealth Enrollment Up, Private Insurance Down In Pandemic 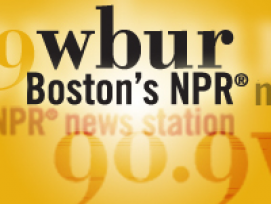 The number of people with MassHealth as their primary health insurance grew by about 10% from March through September, a spike a state agency attributes largely to federal COVID-19 legislation.

A monthly report from the Center for Health Information and Analysis found that overall insurance coverage numbers in Massachusetts stayed relatively stable in the six months after Gov. Charlie Baker declared a state of emergency around the coronavirus pandemic, with more than 6.4 million people covered under private insurance, MassHealth or Medicare, though membership shifted around different types of plans.

MassHealth coverage increased by about 116,000 people, which CHIA analysts said was due in large part to a provision in the Families First Coronavirus Response Act that required state Medicaid programs to continue coverage for anyone enrolled on or after March 18.

Growth in Medicare coverage — typically a steady rise of 1.5% or more annually — paused in the second quarter of this year, according to CHIA.

"This period included a rare decline in membership in May, coinciding with the pandemic's highest rates of mortality – particularly among older populations – in the Commonwealth," the report said. "More consistent Medicare growth levels resumed in the third quarter."

Enrollment in private insurance, which covers about 4 million people in Massachusetts, dropped 2.1% between March and September, and those declines were "concentrated among employer-sponsored insurance" plans, the report said.

CHIA said that coverage in employer-sponsored plans did not fall off at a pitch that matched the dramatic spike in unemployment at the onset of the pandemic, but employer-sponsored insurance numbers continued to drop as employment levels began recovering over the summer.

The state agency is providing monthly enrollment summaries to shed light on impacts on insurance during the pandemic.