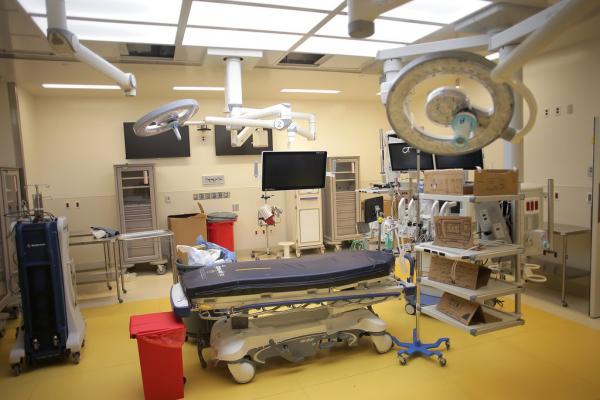 While the vast majority of Massachusetts residents had health insurance during the pandemic, many found health care to be increasingly unaffordable and inaccessible.

According to the Massachusetts Health Insurance Survey, a statewide survey of 5,000 people conducted by the Center for Health Information and Analysis, 2.4 percent of state residents were uninsured in 2021, a low number in line with rates from recent years.

Those numbers are markedly lower than the national uninsured rate, which has hovered closer to 10 percent in the last several years. Yet still, health insurance was inaccessible for some. Nearly half of uninsured respondents said the cost was a reason they were uninsured, and 20.6 percent said they didn’t know how to get insurance.

Even for those who have insurance, 41 percent of respondents said they had trouble affording health care.

“Massachusetts continues to be the state with the lowest uninsured rate in the nation,” said Christine Loveridge, manager of research for the Center for Health Information and Analysis. “And yet, two-fifths of residents report they and their families experienced affordability issues in the last 12 months.”

Affordability issues were not restricted to those with the lowest incomes. Instead, those with moderate family incomes struggled the most with costs, according to the survey, likely because of eligibility thresholds for government insurance.

“Most dental and vision care are not commonly covered by medical insurance, and specialist care often carries higher copays and coinsurance than general medical care,” the report said. “These types of care may also be costly for the uninsured.”

The pandemic posed unique challenges as well. Nearly 41 percent of respondents said that they had difficulty accessing care over the last 12 months because of the pandemic — because their provider was closed, or that it felt unsafe to travel to or attend a visit with a health care provider.

Simbad Sanchez, from Waltham, has experienced many of the affordability issues firsthand. Uninsured since he left his job to start his own business four years ago, Sanchez initially felt he wouldn’t need insurance because he didn’t smoke or drink.

However, he started to feel something was wrong last year. Needing to see a doctor, he went searching for health insurance and discovered the robust coverage he once had was too expensive. He attempted to sign up for a cheaper option, but was surprised when the bills started coming in from his doctor without any insurance deductions.

He will also have to pay out-of-pocket for dental work, after breaking a tooth last week. As for medication, he has been relying on unused pills from his mom to control his blood sugar and has been going without his cholesterol medication.

“My daughter is studying to be an ER doctor. I’m working hard to give her that dream,” he said. “I explained to her, ‘Oh my, what’s happened? Like an orange, [insurance] wants to squeeze, to see how much money they can get.’ ”