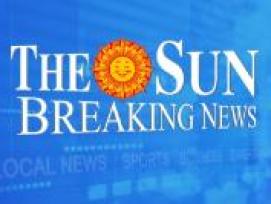 BOSTON -- Workers at lower-wage companies are less likely to be enrolled in health insurance through their employer than their peers at other businesses, and those who do often have higher premiums and deductibles, according to a new state report.

The Center for Health Information and Analysis (CHIA) research brief found that 35 percent of employees at lower-wage firms -- defined as those where at least 35 percent of full-time employees earn an annual income of $28,000 or less -- are covered through employer-sponsored health insurance, compared to 59 percent of workers at other companies.

The report attributes the discrepancy to a combination of factors, including that fewer lower-wage firms offer their employees insurance and such companies have lower eligibility and take-up rates among their employees.

The brief is scheduled to be released Thursday morning. It lands amidst rising MassHealth spending that led Gov. Charlie Baker to propose a series of reforms to the state Medicaid program and new employer assessments intended to help pay for the shift of full-time workers from commercial coverage to MassHealth under the Affordable Care Act.

Lawmakers rejected Baker's MassHealth eligibility reforms but agreed to the assessments, one of which will charge employers a fine of up to $750 per employee if their workers choose MassHealth when they have access to affordable insurance coverage through work.

"This difference in take-up rates may be because low-wage workers are less able to afford employer-based plans, especially because wages have not risen concomitantly with health insurance costs," the report said. "With wages for those at or near the poverty level remaining stagnant, low-wage workers may find it hard to pay their share of premiums."

The report notes some workers may have other options for health coverage, like a family member's plan or public insurance programs, but said, "poor access to health insurance coverage through their employment limits their coverage options and could have adverse effects on their access to health care and health outcomes."

The report also tracked higher average employee premiums among lower-wage firms. For employee-only coverage, the total monthly premium was similar at lower-wage firms ($538) and other firms ($539), but workers at the lower-paying companies picked up a greater share ($143) than their peers at other companies ($119). For family coverage, the total premium was $1,404 at lower-wage companies, with employees kicking in $491, while employees at other firms paid $360 of the $1,491 total premium.

The lower-wage firms comprised 17 percent of all firms in Massachusetts and 7 percent of all employees, or over 270,000 workers, according to CHIA. More than half are small, with fewer than 10 workers, and the businesses are mainly concentrated in the retail sector, followed by services and construction. Lower-wage firms were also more likely to have part-time workers.