About CHIA » In the News » Eye-opening Trends on Health Insurance 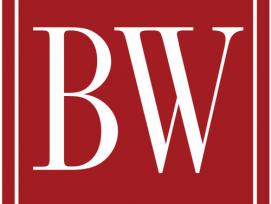 More Massachusetts companies of all sizes are offering health insurance to their workers, but fewer employees are enrolling as costs accelerate, according to a new state study released this morning.

The report from the Center for Health Information and Analysis (CHIA) finds that the percentage of Bay State employers who provide health insurance increased from 65% in 2016 to 71% in 2018. Only 57% of employers nationally provide health coverage.

At the same time, the percentage of eligible employees who accepted employer health insurance declined from 74% to 67% during the same period.

Part of the explanation could be the relentless increase in the cost of health insurance faced by both companies and their workers. The CHIA report says average health-insurance premiums rose 12% for single policies from 2016 to 2018 and 13% for family plans. Employer contributions remained steady at 74%, but the average annual deductible soared 42%.

The most eye-opening conclusion of the study is that even small companies remain committed to offering health-insurance benefits. Although employers with fewer than 50 employees are no longer required by law to offer health insurance, 65% of these employers do. Seventy percent of small firms (3 to 199 employees) offered insurance, versus 99% of large firms (200 or more employees).

Other key findings of the CHIA survey include:

• The average employee contribution to health insurance in 2018 was 26% for single coverage and 30% for family coverage, unchanged from 2016. Employers continue to cover an average of 74% of monthly premium costs;

• Almost three quarters (70%) of Massachusetts employees were offered a high-deductible health plan (HDHP) in 2018. Thirty-nine percent were offered an HDHP with a savings option;

• Large companies were more likely than small ones to reduce their contributions toward employee premiums as a way to contain costs. v

Katie Holahan is vice president of Government Affairs at Associated Industries of Massachusetts.