About CHIA » In the News » CHIA good source of data about Mass. health care 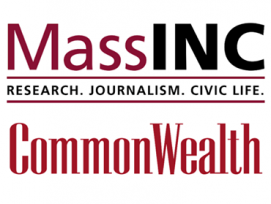 THE CENTER FOR HEALTH INFORMATION AND ANALYSIS produces reams of data for both Massachusetts policymakers and the public, providing a window into state health care expenditures and offering tools to compare prices between different providers.

Ray Campbell, the executive director of CHIA, walked through some of the available online data tools during a recent conversation with Paul Hattis and John McDonough for their “Health or Consequences” Codcast.

“No other state has an organization quite like CHIA,” said Campbell, who added that the agency, which is funded by assessments on the health care industry, looks into spending on hospitals, drugs, and doctors, and it gains some important insights from the all-payer-claims database.

While CHIA has access to tools that are unavailable in other parts of the country, the agency can’t see everything, so it works collaboratively with the health insurers to give consumers a more complete idea of what they might pay for a particular procedure.

“I think when the Legislature directed CHIA to create this website, there was a sense we could create a shopping tool for individuals,” Campbell said. “We can see what a doctor gets paid for a particular procedure, but to know what you would pay when you go to that doctor, we’d need to know what insurance you have; we’d need to know what the status of your deductible is; if you’ve used it up or not. So we pretty quickly realized we couldn’t tell you what you most need to know in order to shop, which is: What am I going to pay? However, your health plan can tell you that information and by law they have to.”

CHIA was created by the Legislature in 2012 along with its sister agency the Health Policy Commission, which can dig deeper into the data analysis produced by CHIA, Campbell said. The HPC makes policy decisions that affect the health care marketplace. Campbell said one area the commission might want to explore is the “fairly brisk” growth in outpatient spending even as overall health care spending growth has moderated.

The all-payer-claims database is an important source that gives CHIA the ability to analyze health care expenditures in the private market. In 2016, the US Supreme Court ruled that states cannot force self-insured organizations to hand over their health claims data. Self-insurance is common among large companies that can afford it, but cutting off that stream of data hasn’t hampered CHIA’s mission that much.

“It turns out that’s not as much of a drawback as you would think,” Campbell said. Still, there is legislation in Congress that would “address that very issue,” he said.

Before heading up CHIA, Campbell was recruited to work at the Group Insurance Commission by Dolores Mitchell, the agency’s longtime former director, and he was also executive director of the Massachusetts Health Data Consortium. Gov. Charlie Baker appointed Campbell to be head of CHIA in 2016.