About CHIA » About the Agency » Oversight Council » Meet the Council 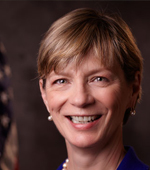 Appointed as Secretary of the Executive Office of Health and Human Services (EOHHS) by Governor Charlie Baker in January 2015, Marylou Sudders leads the largest executive agency in state government, a $19.4 billion state budget with 22,000 dedicated public servants, and oversees critical services that touch one in four residents of the Commonwealth. Professionally trained as a social worker, Sudders has dedicated her life to public service and to some of our most vulnerable citizens. She has been a public official, provider executive, advocate and college professor.

She was the Massachusetts Commissioner of Mental Health from 1996 to 2003, championing significant legislative reforms including insurance parity, fundamental patient rights and the first children's mental health commission. In 2012, Sudders was appointed to the state’s Health Policy Commission (HPC) for her behavioral health expertise; she remains on this important Commission in her capacity as Secretary.

For almost ten years, she headed the Massachusetts Society for the Prevention of Cruelty to Children, promoting the rights and well-being of some 24,000 children and families. Just prior to her appointment as Secretary, Sudders was an associate professor and Chair of Health and Mental Health at Boston College’s Graduate School of Social Work. Sudders has served on many charitable boards throughout her career, including the Pine Street Inn, Massachusetts Association for Mental Health and the National Alliance on Mental Illness.

Secretary Sudders’ talent and dedication has been recognized multiple times. She received an Honorary Doctorate from the Massachusetts School of Professional Psychology and was named Social Worker of the Year from the Massachusetts Chapter of the National Association of Social Workers. She was also nationally recognized with the Knee-Whitman Outstanding Achievement for Health & Mental Health Policy from the National Association of Social Workers Foundation. 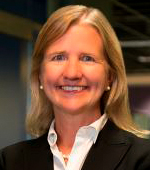 Fay Donohue is a health care organizational leader who has built cost and quality-focused health plan and care delivery systems, as well as navigated the rapidly changing regulatory environment to pioneer cost-effective expansion of services to under-served populations through Medicaid and Affordable Care Act insurance exchanges.

She recently retired as CEO of DentaQuest (2007-2015), one of the nation’s largest and most diversified oral health/eye care enterprises and, over nearly two decades, filled a diverse range of executive roles with Blue Cross Blue Shield of Massachusetts.

DentaQuest, and its various subsidiaries and affiliates – including Delta Dental of Massachusetts – serves more than 24 million people across the country with both commercial and government dental and vision plans and programs.

Under Ms. Donohue’s direction, the DentaQuest Foundation expanded its support for oral health community engagement, education and policy support through $17 million in annual grants. And, through the DentaQuest Institute, she worked to improve the efficiency and effectiveness of the oral health care delivery system.

Deeply committed to public service, she currently sits on the board, and is Chair, of the National Institute of Children’s Health Care Quality, and is past  Chair of the Massachusetts Taxpayers Association. She serves on the board of the Commonwealth Institute, is a Member of the Council of NovaSoutheastern University Dental School and is a member of the Massachusetts Women’s Forum. She also is a past Director of Operation ABLE, a nonprofit elderly job training and employment service and BMC Healthnet.

Ms. Donohue earned a BA from Bryn Mawr College, an MA from Tufts University’s Fletcher School of Law and Diplomacy, and an MBA from Boston College.

Statutory requirement: experience in cybersecurity, appointed by the Attorney General 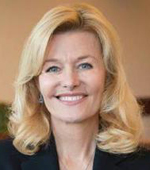 Laura Adams is the President and CEO of the Rhode Island Quality Institute RIQI, a collaboration of the top leadership of health care stakeholders working together to transform the health care system in the state. The Quality Institute led the effort in RI as it became national beta test site of the SureScripts’ electronic prescribing system. The RIQI is currently leading and coordinating multiple initiatives to promote the adoption and full use of health information technology and health information exchange throughout Rhode Island.

Ms. Adams is a faculty member of the Institute for Healthcare Improvement (IHI) in Boston and has been since its inception. She directed the IHI/VHA Idealized Design of the Intensive Care Unit project and is a long-time faculty member of VHA’s Transforming the Intensive Care Unit initiative. She led the governance consulting for the Improving Performance in Practice (IPIP) initiative, a Robert Wood Johnson-funded collaborative initiative of the American Board of Medical Specialties, and the Boards and Societies of Internal Medicine, Family Physicians and Pediatrics.

Ms. Adams was Founder, President and CEO of Decision Support Systems, a New York-based company specializing in Internet-based health care decision support. She was among the first to bring the principles of health care quality improvement to the Middle East, in conjunction with Donald M. Berwick, MD and the Harvard Institute for Social and Economic Policy in the Middle East. She traveled in the US and Europe with Dr. W. Edwards Deming as a student in the study of statistical-based quality improvement. 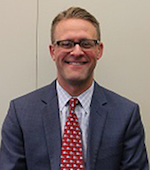 Gary D. Anderson joined the Massachusetts Division of Insurance as its First Deputy Commissioner in February of 2014. Gary’s responsibilities included strategic planning and policy development for every aspect of the agency, while assisting in decision-making and policy development in matters involving all lines of insurance and developing and advocating legislative and policy priorities for the Administration. His insurance experience began in 1999 with a regional carrier in the northwestern United States.

Just prior to his role as the First Deputy, he served as a Policy Advisor and Senior Counsel in the Massachusetts State Senate President’s Office, where he was involved in a number of policy areas, from the state’s broad efforts to control health care costs to all matters affecting the financial services sector. Prior to his work in the Senate President’s Office, he worked as the General Counsel for the Financial Services Committee, where he handled legislation related to insurance and banking.

Gary’s private sector work also includes experience at a pharmaceutical company, where he was responsible for negotiating the tiered status of pharmaceuticals in the hospital setting.

Gary is a graduate of Idaho State University and Albany Law School at Union University. 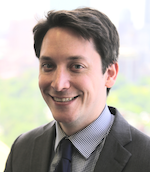 Robert Birmingham is the Data Analyst Manager for the Office of the State Auditor. Rob has been a data analyst in various capacities for the past seven years and specializes in data architecture and big data modeling. After working in corporate finance and web analytics in the private sector, he decided to pursue public service.

Since joining the office in 2016, Rob has participated in dozens of audits ranging in topic from Medicaid to public safety. In his role, Rob provides audit staff with the technical and analytic support necessary to effectively analyze the performance of the state agencies the office is mandated to audit. As one of the first data analysts hired by the office, he was also instrumental in expanding the team in both size and expertise.

Statutory requirement: experience in finance and budgeting, appointed by the Governor 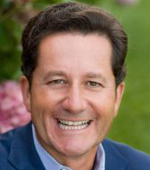 Bill is a General Partner and Cofounder of Flare Capital Partners, a team of proven healthcare technology venture capital investors delivering strategic industry resources, experience and insight to partnering entrepreneurs. Prior to helping start Flare Capital Partners in 2013, Bill was with North Bridge Venture Partners since inception in 1994. Before North Bridge, Bill was a Partner at Hambro International Equity Partners, CFO at MathSoft and a CPA in the Boston office of Arthur Andersen & Company.

Bill holds an undergraduate degree from Boston College’s Carroll School of Management and has served his alma mater in a variety of capacities, including former Chair of the Board of Trustees and current member of its Investment & Endowment Committee. Additionally, Bill has been Co-Chair of the Parents Committee of Duke University and Co-Chair of the Parents Advisory Board of Stanford University. He is on the Board of Trustees of the MGH Institute of Health Professions, is on the Advisory Council of the Department of Biomedical Informatics of Harvard Medical School, and was appointed by the Massachusetts Governor, Charlie Baker, to the Oversight Council of the Center For Health Information and Analysis.

Prior to joining the Attorney General’s Office, Eric worked in private practice in Boston, Chicago, and New York. Eric graduated from Cornell University and Washington University School of Law. 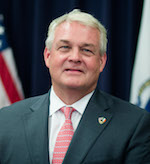 Mike previously served as Commissioner of the Department of Revenue for the Commonwealth of Massachusetts where he was responsible for administrating tax, revenue collection, child support, and municipal finance laws.

Following his campaign for Massachusetts state treasurer in 2014, Mike served on Governor Charlie Baker’s transition team and was appointed to the boards of Massachusetts Pension Reserves Investment Management Board (PRIM) and the MBTA Retirement Fund in early 2015.

In the private sector, Mike spent nearly two decades in increasingly senior roles at Citigroup and its predecessor firm, Salomon Brothers, as a managing director in its markets and banking division. He previously served as a Vice President in capital markets at NatWest Markets and EF Hutton & Co. Most recently, he co-founded the Massachusetts tech startup Mobiquity in 2011.

Mike has been involved with a number of non-profits focused primarily on education and healthcare. He holds an MBA in finance from New York University, an MPA from the Harvard Kennedy School and a bachelor’s degree in economics from Georgetown University where he sits on the Georgetown College Board of Advisors and chairs the Georgetown Library Board.

Statutory requirement: experience with the use of big data open data and analytics, appointed by the Governor 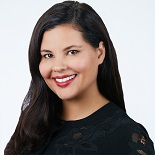 Dr. Iya Khalil is a technology entrepreneur and physicist with a vision of transforming medicine into a discipline that is quantitative, predictive, and patient-centric via big data analytic approaches. She co-founded two big data companies, Via Science and GNS Healthcare, and is the co-inventor of the proprietary computational engine that underpins both entities. Dr. Khalil’s expertise spans applications in drug discovery and drug development as well as treatment algorithms that can be applied at the point of care. She is a frequent speaker at industry events and conferences and was recognized by former president Obama at a White House dinner as a leading entrepreneur in genomic medicine. More recently, Dr. Khali was named to the PharmaVOICE 100 list of the most inspiring people in the life sciences industry. She has been recognized for her ability to build bridges across the life science and healthcare industries, bringing people together to harness the power of predictive modeling to change the lives of patients.

Dr. Rosenthal’s research focuses primarily on policies that will help slow the growth in health care spending. These efforts include changes in payment incentives, benefit design, and the provision of information and behavioral “nudges” to both patients and providers. Her research has influenced the design of provider payment systems in both the public and private sectors. She has advised federal and state policymakers in health care payment policy and implementation. She has also testified in Congressional hearings on direct-to-consumer advertising of prescription drugs and pay-for-performance and in legislative hearings in California and Massachusetts concerning health care provider payment and benefit design policies. During the 2008 presidential campaign and post-election transition, she provided policy analyses to Barack Obama’s health care team regarding opportunities for Medicare payment reform, pay for performance, and cost control. Her work has been published in the New England Journal of Medicine, the Journal of the American Medical Association, Health Affairs, and numerous other peer-reviewed journals. 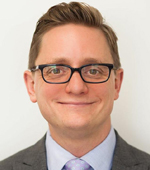 David Seltz is the first Executive Director of the Massachusetts Health Policy Commission, which aims to modernize health care payment and delivery models to establish a more accountable, affordable system. Prior to this role, Mr. Seltz was the chief health care advisor for then-Senate President Therese Murray and served as the Special Advisor on health care for former Governor Deval Patrick (MA).