About CHIA » In the News » Mass. residents overburdened by health costs 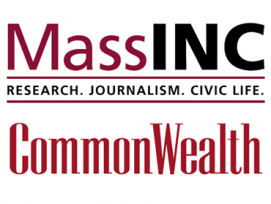 Little agreement so far on what to do about that.

EVEN AS OVERALL statewide spending on health care has remained just within the strictures of the state’s benchmark of 3.1 percent annual growth, for many families the costs have surged beyond other expenses, gobbling up much of their recent salary increases.

That was one big takeaway from the opening of a blockbuster two-day conference about trends in the health care marketplace held by the state Health Policy Commission on Tuesday.

“We are once again at a key inflection point,” said Martin Cohen, the vice chairman of the commission and the CEO of the Metrowest Health Foundation. “While we have succeeded in keeping cost growth within the benchmark established by the commission, the trend paints a picture of residents taking on a higher burden of premiums and cost-sharing.”

In a median Massachusetts family that is insured through an employer, more than half the post-tax income increase between 2016 and 2018 went toward health expenses, according to research presented by David Auerbach, a top researcher for the commission.

While out-of-pocket expenses like co-pays, deductibles, and over-the-counter medical purchases account for a relatively small fraction of a typical family’s health costs, the overall monthly expenditures for an average Massachusetts family insured through an employer amounted to more than $2,000, according to Auerbach.

Twenty-three percent of middle class families in Massachusetts spend more than a quarter of all earnings on health care, and that level of burden is more prevalent among racial minorities, those lacking a college degree, single parent households, and families where people have health problems or disabilities.

At the same time, enrollment in high-deductible plans, where the member trades lower premiums for A higher cost of treatment, have grown more popular, especially among those purchasing unsubsidized plans on their own. Eighty percent of unsubsidized individual purchasers had high-deductible plans in 2018, up from 70 percent two years earlier, according to the Center for Health Information and Analysis. Those unsubsidized individual insurance purchasers are paying on average $93 out-of-pocket in addition to their premium payments, said Ray Campbell, CHIA’s executive director.

While the year-over-year per capita health spending growth in Massachusetts has remained below the national level for a decade, the Bay State has the third highest average family premium in the country. Many of the behaviors that drive up costs have remained stubbornly persistent despite all the attention policymakers have devoted to the issue.

David Cutler, a health economist and commission member, lamented how readmission rates to hospitals keep climbing, and there doesn’t seem to be much progress in reducing unnecessary admissions to hospitals.

Although the $60.9 billion in overall health care spending in 2018 weighed in at just under the benchmark target of 3.1 percent annual growth, much of that is due to the costs savings in MassHealth, the state’s Medicaid program, which increased by less than half a percentage point.

The health insurance industry and the pharmaceutical industry have each blamed the other for rising health care costs, while policymakers have also kept a wary eye on the biggest provider groups like Partners Healthcare that hold a commanding presence on the market.

Gov. Charlie Baker, a cautious politician who generally prefers incremental steps rather than sweeping changes, told the commission that his new bill proposing to clamp down on pharmaceutical costs while boosting spending on behavioral health and primary care “may cause some modest disruptions.”

The bill pushes providers and insurers to increase their spending on behavioral health and primary care by 30 percent over three years, which the governor said is a worthy goal because chronic diseases and addiction have become more demanding problems in recent years, and there is a longstanding shortage of primary care physicians.

“That to me is a reasonable challenge to put before the payer and provider community. I also think it will dramatically improve care,” Baker said.

While the bill seems broader in scope than many proposed by the governor, he contended that it is far from the first time he has tried to disrupt how things operate in Massachusetts.

“We’ve proposed plenty of disruptive things,” Baker said, although a couple of the other examples he cited had wide buy-in from those affected.

House Speaker Robert DeLeo said the pharmaceutical issue the governor’s bill addresses, including the cost of drugs, is potentially “the biggest issue that we are facing.” The speaker is not yet sure which committees would be tasked with reviewing Baker’s proposal. DeLeo also voiced skepticism about whether a hearing would be scheduled before the end of the year.

“I would hope we could have a hearing reasonably soon so we could engage the discussion,” Baker said in response to the speaker’s statement. “It’s going to take time to get to the end of the process.”

The bill aims to introduce pricing oversight on the pharmaceutical industry in the commercial insurance market, require pharmacists to disclose the cheapest alternative, and shift the medical community away from the latest technology and towards more hands-on therapies.

The state budget that Baker signed into law last summer included a similar drug pricing regime for MassHealth, but Bob Coughlin, president of the Massachusetts Biotechnology Council, said Baker’s recent proposal that would replicate much of that for the commercial market is “even worse.”

“These proposals do nothing to help patients. All they are is punitive to the people who innovate new therapies,” said Coughlin, who said the pharmaceutical industry would welcome more transparency into the cost of creating new drugs as long as that also illuminated the complicated system of discounts, rebates, and co-payments that affect a drug’s price tag. “The insurance companies are filling their own pockets. It’s not going back to the patients, and that’s part of the problem. This legislation doesn’t address that. I wish it did.”

The Health Policy Commission itself has focused on that issue. David Seltz, the commission’s executive director, pressed David Segal, president and CEO of AllWays Health Partners, whether there would be any slackening in the rising cost of insurers’ administrative expenses. In Massachusetts, private insurers spent an estimated $2.5 billion on non-claim expenses in 2017, according to CHIA.

“We are trying to mitigate administrative costs,” said Segal, who suggested that artificial intelligence could hold the key to reducing overhead and simplifying the experience for patients navigating the complex system.

Massachusetts health plans are required to spend 88 percent of their money on medical care, according to Lora Pellegrini, the president and CEO of the Massachusetts Association of Health Plans.

“We are the most efficient plans in the country,” Pellegrini said.

Pellegrini noted how a panel that included Dr. Michael Apkon, president and CEO of Tufts Medical Center, treaded closely to the idea of instituting a single-payer or Medicare for All type of insurance system overhaul. That type of approach has been championed by top tier Democratic contenders for the presidency, including Sen. Bernie Sanders and Sen. Elizabeth Warren, but Pellegrini was skeptical. “I don’t think consumers in this state want to move to a single-payer system,” she said.

Apkon, who previously worked in Canada, praised that country’s single-payer system, saying it has a “far lower burden” on patients and providers than the health care system in the United States, and it is more conducive to large-scale innovations.

After the panel wrapped up, Apkon told reporters that while he doesn’t oppose a Medicare for All type of system, he thinks adding a publicly-chartered insurer is the best path forward.

“I support having at least a public option that would allow using public policy to drive the provider and the insurance sector in the way that Medicare has for people over 65,” Apkon said. “If we desire a single-payer system, I think the path to that is through a public option.”