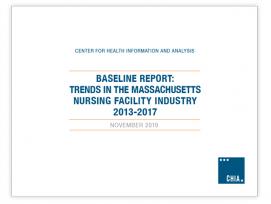 For the first time CHIA is releasing a report and interactive dashboard on the Nursing Facility Industry in Massachusetts.

Nursing facilities serve an important role in the continuum of health care services in Massachusetts, providing over 14 million patient days of service in 2017; an average of over thirty-nine thousand individuals received care from nursing facilities on a daily basis.

To better understand this component of the health care system, this report examines Massachusetts nursing facilities at an industry level, as well as by analytic cohorts, on measures of utilization, financial performance, and quality of care over a five-year period (2013-2017). In addition to this report, CHIA has also developed an analytic dashboard that facilitates a profile view of each of the 393 nursing facilities in Massachusetts.

This report is also accompanied by a databook and technical appendix. 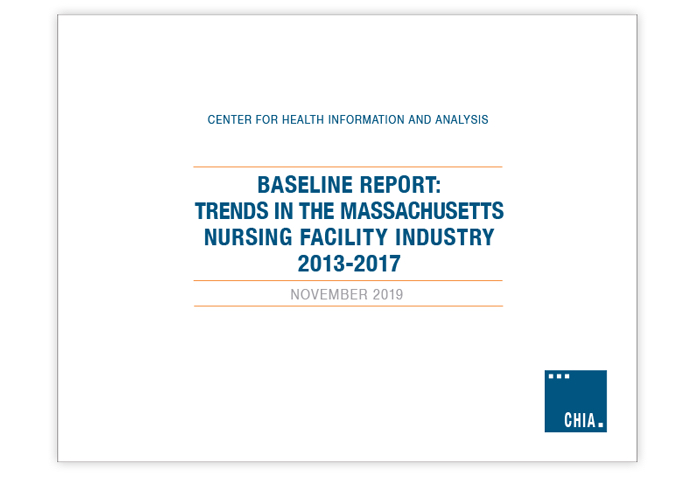